The folks at Historic Fort Blakeley State Park in Mobile, Alabama have been hard at work clearing paths and producing interpretive signage for a new addition to their park that tells the fuller story of what happened on the evening of April 9, 1865. The current trails at Fort Blakeley cover miles of both Confederate and Union earthworks, encompassing several redoubts, one of which is built up and restored as it would have looked during the final assault. (See HERE for a blog post about the Battle at Fort Blakeley and a little about the park itself) But there’s been a crucial missing piece of the puzzle. A large concentration of USCT soldiers were part of the assault force, charging Redoubts 1 and 2 on the far right of the Union line. These redoubts have all but disappeared, reclaimed by nature and destroyed by suburban development. Beginning November 12, 2022, visitors will have the chance to walk the ground where USCT soldier fought during the Battle at Fort Blakeley.

From the flyer for the Grand Opening:

This new cultural heritage resource features nearly two miles of trails which will help visitors learn about the role of African American troops in the Battle of Fort Blakeley. Offering access to original Civil War earthworks dug under fire by one of the largest contingents of African-American soldiers to fight in any Civil War battle, the trail is a new and nationally-significant educational and heritage tourism product. It is made possible by the generous support of Impact 100 of Baldwin County. Dr. John David Smith, a renowned scholar of the role of black troops as a part of “United States Colored Troops” (USCT) units in the Civil War and the Charles H. Stone Distinguished Professor of American History at the University of North Carolina-Charlotte, will deliver a short address about the significance of the USCT as part of our grand opening ceremonies. 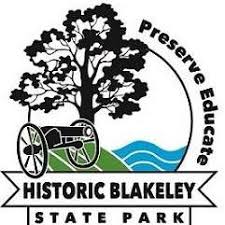 Sheritta Bitikofer is a lifelong student of history with a specific interest in the Civil War era. Along with being a wife, historical fiction author, and fur-mama of two, she is an active member of the Mobile and Pensacola Civil War Roundtables and currently pursuing a bachelors degree in US History at American Public University.
View all posts by Sheritta Bitikofer →
This entry was posted in ECW Weekender, Emerging Civil War, Preservation, USCT, Western Theater and tagged Battlefield Preservation, ECW Weekender, Fort Blakeley, Historic Blakeley State Park, John David Smith, USCT Heritage Trail, USCT Troops. Bookmark the permalink.