“Have you been to Carl’s yet?” Caroline Davis asked me, as we were waiting for the next presentation to begin. “You know about Carl’s, right?”

I nodded. I’d visited the Fredericksburg area on my first East Coast trip, and a family friend had told us about Carl’s Frozen Custard. It was definitely on my list of things to do during the ECW Symposium Weekend.

Located at the intersection of Princess Anne Street and Hunter Road (north of Old Town Fredericksburg) and founded in 1947, the frozen custard stand is probably one of the best-kept local secrets in the area. You can get sundaes or shakes, but the regular old-fashion custard cone is my favorite. If you can’t decide between chocolate or vanilla, it’s simple: try both! 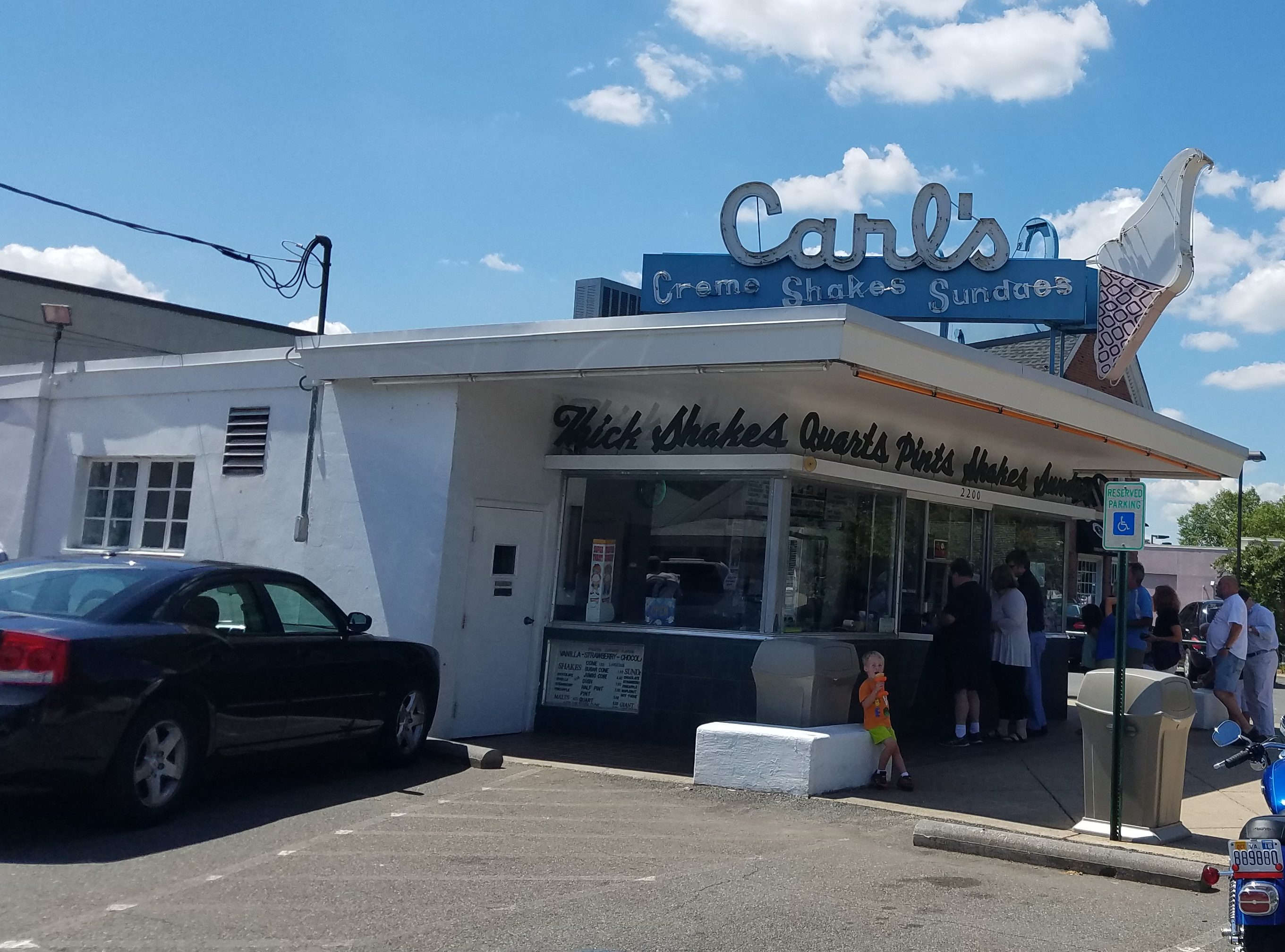 There’s lots to see and do in the Fredericksburg-Chancellorsville-Spotsylvania area. Four major battlefields, museums, library archives, Stonewall Jackson Shrine, cemeteries, etc. etc. etc. But when you need a short break from historical explorations, head to Carl’s.

While licking a custard cone, don’t be afraid to ponder the question: which Civil War generals would’ve been frequent visitors for frozen custard if the stand had existed in the 1860’s?

(I can image Lee enjoying a vanilla cone. It would take McClellan all day to decide what he wanted to order. Grant would want two chocolate sundaes: one for him and one for Julia. Jackson would issue orders against visiting the stand…after-all, if it tasted good, it must be unhealthy; but his staff officers – Pendleton, Smith, Douglas, and McGuire – would’ve found a way to sneak off for a treat.)

So…visit Carl’s Frozen Custard the next time you are in the Fredericksburg historical area. Vanilla or Chocolate?