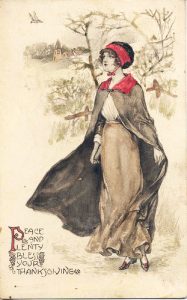 ‘Tis the season to try and figure out how to make everyone happy, including the Civil Warriors on the list. I have no idea how to fry a turkey, blacken one, or even how to roast one over a campfire. Do not get started on dressing, or stuffing, if it is in the bird. Brave Yankee that I am, I once showed up at a dinner with dressing made of white bread, celery, onions, and oysters. People gagged. The next year I brought fudge–lesson learned

Still, one of my favorites (all year long) is cranberries, and I like them every way I have ever had them. Who could argue? They are the deepest shade of red imaginable, easy to handle fresh or frozen–even canned. They are lovely when sweetened, or served with a balsamic of some variety. Nothing looks prettier in that vintage cut glass bowl stashed back in the cupboard than 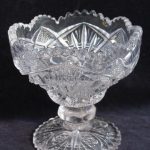 cranberries! Except, my husband hates them. I have spent several years looking for a recipe that is historic enough to satisfy me, but tasty enough to put a stop to “the face” he makes when cranberries are passed around the table.

One of the most traditional (and easy) is one that could be cooked over an open fire at an encampment. The recipe is from the 1700s, if not earlier. John Adams mentioned,

“Arrived at Dr. Tufts where I found a fine Wild Goose on the Spit and Cranberries in the Skillet for Dinner.” April 8, 1767. One of the things I like best about it is that the sugar forms a hard shell over the cooked cranberries. If white sugar is used instead of brown, it looks like cranberries in the snow.

Spread 1 pound of fresh cranberries in an iron skillet. Sprinkle the sugar over them, cover the skillet, and place in a warm oven 250 degrees F for 1 hour. Remove the foil and pour ¼ cup brandy or rum. Continue cooking. Do not stir since this breaks up the cranberries. Continue cooking until rum or brandy evaporates. 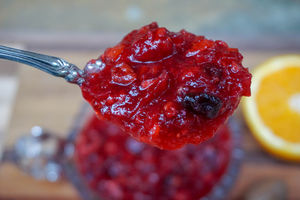 Another way to present cranberries that is unique to us but very common in the 1860s is Cranberry Conserve. Conserves are made with dried fruits and nuts and are cooked. They have a very thick and chunky texture. Conserves work very well as a spread and as a condiment for meats and cheeses. They are served regularly in expensive restaurants as part of a cheese plate or with warm bread. I had my first experience with them in Williamsburg, and they were strawberry pecan wonderfulness. I have made this recipe several times and given small jars of it as gifts.

Place sugar and 1 1/4 cups water in large saucepan; bring to a boil. Reduce the heat and cook about 15 minutes, or until it thickens and turns amber-colored. Add the maple syrup and cranberries to the sugar mixture. Cook, stirring occasionally, until the cranberries begin to pop. Add orange juice, rind, and zest. Cook for another 5 to 10 minutes, or until the sauce thickens. Remove from heat. Add ginger and nuts, stirring well. Cool completely. Add to a clean glass jar and cover; refrigerate or freeze up to 6 months. 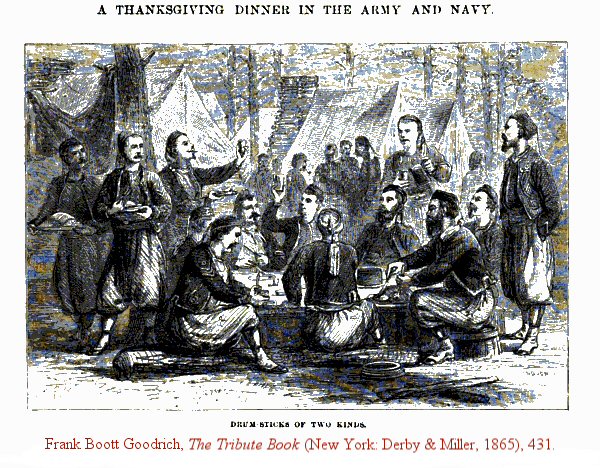 Those Massachusetts men in uniform would have been pleased to see either recipe gracing what passed for a winter holiday table in camp. Now, if I can only sneak some cranberries on to mine. . .