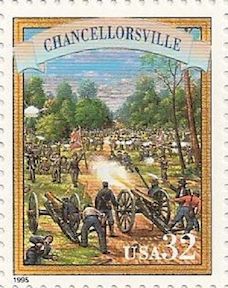 Say what you will about the Confederate Constitution, but in one respect it got things right. The C.S. Postal Service, for example, after a year had to be financially self-supporting.

Not so the USPS, as we all know. And for the postcard shown here, it can’t even get the history right. 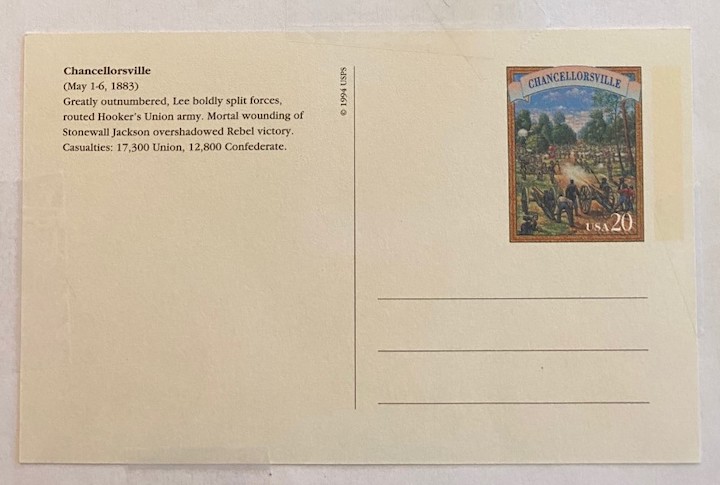 The postcard series was printed in 100,000 sets that you could buy for $7.95. The one for Chancellorsville, as we would say today, went viral. Robin Wright, a spokesman in Washington, said the Postal Service was not going to reprint it (too expensive). Besides, Wright added, he didn’t think the postcards would be big collectors’ items.

Wrong. They can take down the statues for Lee and Jackson, but after a quarter-century, I still have my misdated Chancellorsville postcard!