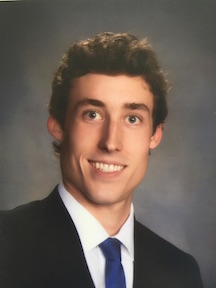 As part of our partnership with the American Civil War Museum in Richmond and Civil War Monitor, we’re pleased to introduce the first of our “Emerging Scholars,” Sam Florer. Sam will be presenting his work at the museum’s Grand Opening May 4.

Soon after I began working at the American Civil War Museum, I gravitated towards learning more and more about the tremendously important events that occurred after the Civil War. Providing daily tours to large groups of visitors made me realize how little the general public knew about the period. I determined that when I returned to school, I would make Reconstruction and issues of Civil War memory the focus of my studies. This led me to the topic of a portion of my master’s thesis, which I will present about in May, entitled, “Memories in Stone: The Confederate Catawba Monument.”

Most studies on Civil War public memory devote very little, often zero, space to Native Americans. Nonetheless, thousands of native people were affected by the war, and each of their communities, alongside their white and black neighbors, dealt with its aftermath in their own specific way. It was my goal to shed some light on one such community in South Carolina.

The small town of Fort Mill, South Carolina stands on the ancestral land of the Catawba Indians. By the time of the Civil War, the Catawba’s population had been reduced to barely more than one hundred members. Nonetheless, when fighting broke out in 1861, a majority of their military-age males volunteered to fight in the Confederate army.

Forty years later, in the summer of 1900, Fort Mill unveiled a limestone monument to Catawba Indians who served the Confederate cause. My work seeks to explore the impetus behind this monument’s creation. I discovered that it served two primary purposes: it was unique in that the design and message of the monument served a local purpose by using images of the white population’s version of Catawba history and culture to help alleviate the fear of social and economic change; and it was representative in that it bolstered the ideals of Lost Cause ideology that swept the country at the turn of the twentieth century.

Historically a quiet, agricultural area in the piedmont of South Carolina, by the late 1800s Fort Mill experienced rapid industrialization and urbanization, with textile mills replacing farming as the new primary source of employment. Additionally, the area was extremely politically conservative. York County, S.C., within which Fort Mill is located, became the most notorious county in the country for Ku Klux Klan violence during Reconstruction.

The two men behind the monument’s creation, Samuel White and James Spratt, were deeply involved in the town’s modernizing efforts. They co-owned the biggest textile mill (which also happened to be the largest employer) in town and Spratt’s construction company helped build a dam on the nearby Catawba River that powered the mill. Therefore, creating a monument to the region’s Indians, which also included depictions of beautiful/untamed wilderness, permanently reminded the town of its “idyllic,” more “primitive” history. This imagery aimed to reassure residents of a comfortable rural past and allow them to accept an unfamiliar industrial future. Not so coincidentally, this future happened to include leaving their farms to work in Spratt and White’s factories, powered by Spratt’s dam that flooded their old fields.

Furthermore, the two men believed strongly in Lost Cause ideology. Both were leaders in Fort Mill’s Confederate veterans organization and spearheaded efforts to erect three other monuments in the heart of town. This space, called Confederate Park, consisted of a statue to Confederate soldiers, Southern women, and “loyal” slaves. The Catawba monument joined these markers in 1900. Including Indians in this commemorative landscape expanded the perceived inclusiveness of the Confederate cause and lent stereotypical notions of indigenous people’s bravery in battle, physical prowess, loyalty to their homeland, and resistance to federal authority to the memory of the Confederacy.

The creation of the Confederate Catawba monument served two primary goals: one local, one national. Spratt and White aimed to ease Fort Mill’s transition towards urban industry, where they stood to directly benefit. Those same elites led local efforts of the national Lost Cause movement, using Fort Mill’s unique claim to Native American imagery to represent an inclusive, brave, and independent Confederate cause.

I am really looking forward to my presentation at the American Civil War Museum in May. Especially since I will be speaking in Richmond, I hope the ideas I discuss lead some listeners to investigate the history behind Civil War monuments in their own communities. It is not until people understand the full story behind these iconic and controversial objects that decisions should be made about their future.

Growing up in Hampton Roads, VA, my family and I could not drive more than five minutes without passing a historic wayside marker, home, or museum. These historically significant surroundings sparked a fire in me for all things history. I began my professional career in public history in high school, working for the Virginia War Museum in Newport News, VA. Once I got hands-on experience that proved I could, in fact, “do” history professionally, I never looked back.

I went on to major in history at the College of William and Mary, holding internships with the Colonial Williamsburg Foundation and Smithsonian Institute along the way. Following school, I was fortunate enough to land a job as an interpreter at the American Civil War Museum, where I eventually became the supervisor of interpretation. This work inspired me to further my study of the Civil War era, resulting in my recent M.A. in history from W&M. I am currently exploring topics outside of the 19th century, working as a military interpreter at the Colonial Williamsburg Foundation.

While I have always been interested in the Civil War, it was not until I began working at the ACWM that I decided I wanted to make the period the focus of my studies. Seeing daily how deeply visitors connected with the conflict made me realize how vital it is for the public to properly understand the war’s causes and meanings. This proved even more true when dealing with Reconstruction and the aftermath of the war, as the average visitor knew little to nothing about the period. I feel like if I can shine just a shard of light on these ideas, the public will be better able to understand where our society came from and the best ways to move it forward.

My specific area of interest lies in the the aftermath of the Civil War. This led me to my M.A. thesis, broken down into two separate components, which examined a race riot that occured in Norfolk, Va in 1866 and a monument in Fort Mill, S.C. to Catawba Indians who fought for the Confederacy. I investigated these cases as I believe they underscore two vitally important, yet often overlooked, components of the war: even though official hostilities ended in 1865, organized violence continued for years; and the complicated ways the past itself can be manipulated to further specific individuals’ and broader institutions’ goals. I believe the latter component is especially relevant today, in light of the debates going on across the country over the future of Confederate monuments, and will be the focus of my discussion on May the 4th.

Join us in Richmond, VA, on May 4 for the Grand Opening of the new American Civil War Museum. If you can’t be there in person, ECW will be broadcasting Facebook LIVE interviews with Sam and the other Emerging Scholars. 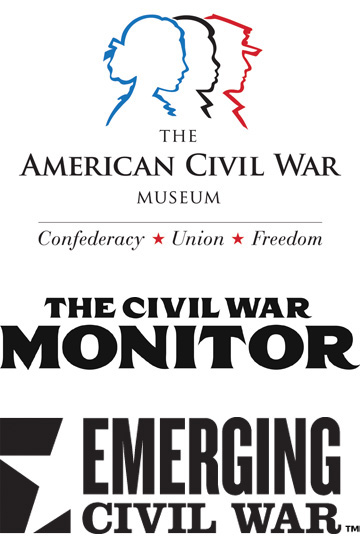