Late one evening two researchers – who may or may not have stumbled upon a strong drink concoction – opened a dusty box deep in an archival basement. They thought they found a security tape from a department store and this is what they saw: 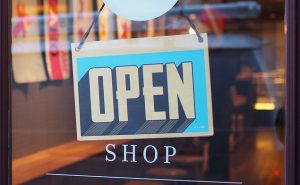 It was a busy day inside the Civil War General Supply Store, and the associate working at the returns register wondered if the day could get any crazier. Elizabeth had tried to return Walter Raleigh (even though she knew it was the wrong era store). Clara Barton needed a rain-check on 5,000 bandages. J.E.B. Stuart needed better quality mules. Missouri tried to pawn off its border ruffians. Burnside needed barrels of gunpowder and kept rambling about making a crater. Longstreet had lost his way to the real estate agent and came looking to buy high ground. She took a deep breath and greeted the next customer.

“I do indeed.” His voice and Midwestern accent made her look up at the very tall, bearded man who was holding a little fellow in a blue jacket by the collar.

The man took off his stovepipe hat and rummaged around in the hat band, talking quietly to himself. “Draft of Emancipation P. Gettysburg Address. That memo I need them all the sign. Ah, here it is.” 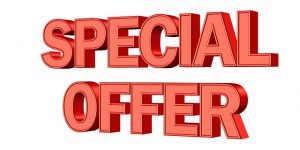 She took the receipt. “Wait. This isn’t to return camp cups or broken lanterns? You’re trying to return an actual general? They’re very costly to replace, you know.” She looked more closely at the tall man and smiled. “Oh, I think I remember you. You’ve returned generals before and quite honestly too. You brought back Irvin McDowell and just barely made it within the 90 day return policy. You exchanged him for George B. McClellan. Yes, that’s all showing on the receipt.” She studied the McClellan standing in front of the desk. “Is anything wrong with him?”

“Well, he just moves really slow. Definitely not like what was promised in the campaign marketing sessions.”

“Hmm…I’m sorry to hear that. Did you try replacing the batteries?”

The man sighed. “The batteries? Apparently, he only takes Quaker guns. Do you know how much time that wastes? Yes. I even gave him a break and tried using the General Pope, but his ideas and campaigns just made a mess of my whole project. So I tried the McClellan again. Cost me thousands and achieved no decisive results. Now, he just sits in the corner with no ideas and says the horses are sick. I’m not even sure what that means.”

“That does sound like a defective general. Let’s see what we can do for you.” She studied the receipt more closely. “It’s been a lot longer than 90 days, so I can’t take him back and give a full refund. He’s also pretty high maintenance, so let me check with my manager and see what we can do.”

The tall man nodded. “But please hurry, miss. Finding a new general is vital to saving the Union.”

A few moments later she hung up the speaking device and said calmly, “The best I can offer is to take the McClellan back at 50% off the price you paid.”

“What does that even mean?” the tall man asked, sounding worried.

“It means you can return him. But we’re not going to damage him out, so he’ll be back in 1864 in the political department whether you want to see him or not.”

“Just as long as you take him back, I don’t really care at this point.”

She punched a few buttons on the machine, clipped a tag that said “political department” on the McClellan, placed him on a waiting caisson, and handed a slip of paper to the tall man. “Just sign here to confirm the return and refund.” He signed deliberately and handed her the slip of paper. If she had looked closely, she might have noticed it read “A. Lincoln.” But he quickly asked, “Have any more generals arrived? I’m going to need a new one.”

“Yes, sir. The Burnside is promoted by the Republicans and the Joe Hooker has attracted a lot of attention. Meade is a reliable favorite that works best on projects started on defensive high ground. Oh, and you really should check out the generals in the Western Department. I’ve heard about big successes with the Grant and Sherman.”

He nodded and headed off. 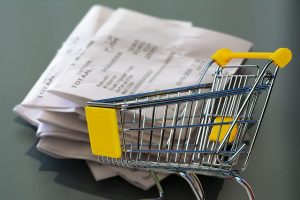 The next customer came, propelling a cartload of generals. “I have some returns to make,” he complained in a thick Southern accent.

“Ah, yes, I remember you, too, sir. Jeff Davis, right? You call every day to see if we have another Lee.”

“That’s right. And that Fitz Lee you’re offering isn’t worth the price. Can I exchange him for a Stuart or Hampton?”

“Well, we’re out of Stuart and Hampton, and the Fitz Lee is unrefundable.”

“Please tell me, I can at least return this general. The Braxton Bragg.”

“Do you have a receipt?”

“No. I didn’t get receipts for most of my generals. They just sort of came with me to the Confederate side.”

The clerk thought quickly. “Oh, you’re the guy who stole all the generals in Store 1861! And now you’re trying to return them because you don’t like them? That’s incredible…”

“I’m going tell your manager. My path is always strewn with thorns and crosses,” he moaned. “How can I get rid of Bragg?”

“Since the law doesn’t exactly convict you just yet for stealing generals, the best I can offer you is a trade. Bragg for Johnston or Hood.”

“But that’s what you always offer!”

“I guess I’ll keep him then. You sure have a lousy store, but you have a really nice, blessed day anyway!”

The clerk sighed, then sighed again. The next fellow constantly returned broken soldiers and court-martialed officers in exchange for victory. They thought he was doing something sneaky but could never quite catch him. “I’m returning this lemonade, please…” placing the jug on the counter and staring at her with piercing blue eyes.

“Do you have a receipt? And what’s wrong with it, sir?”

So the day continued at Civil War General Supply Store. The busy people from the 1860’s made their way in and out, purchasing, returning, squabbling, complaining, and praising products, weapons, inventions, and military edition models. However, at the end of the day, the faithful clerk lost her job because she accepted counterfeit Confederate money…

Unfortunately for the pursuit of history, the researchers failed to see the warning that the security tape would self-destruct when viewed. They did not make a new recording and thus whatever they saw – if it was anything important – is forever lost. It should be noted that none of their colleagues believe the sensational report and continue to pronounce that the supply store was nonexistent and history really happened the way the books recorded it.

3 Responses to Returns To The General Store