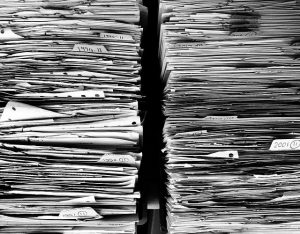 To explain more properly, I’m looking at Civil War memory. More specifically: how a handful of officers have been remembered and who wrote their biographies in the 20th Century.

It all started when I started tracing “facts” in modern biography to biographies written in the 1950’s and 1960’s and then realized the source trails ended. Turns out a few of these 20th Century biographers had done their homework and actually spent decades interviewing descendants and even comrades of these officers before starting to write the manuscripts. Other writers weren’t so diligent and went for the fantastic, un-cited legends. Some of my questions got answered, but other rabbit trails needed more investigation. Some of those research trails went “cold” quicker, others are still possibilities.

In some ways, I’m thankful that I’m stuck at home because it’s given me a chance to explore and research some areas that I thought I wouldn’t have time to dig through. No officially research announcements yet, but every evening I put a few more pieces in the research puzzle. It’s a bit painstaking at the moment since I’m keyword searching hundreds of newspapers. However, it’s absolutely fascinating to trace how legends start…and grow. The good news through all this? I’ve been pursuing legends to their starting points and sometimes finding nuggets of fact that can be cited and backed-up by other sources. Other times, it’s just a study in how humans build immortal heroes from mortal beings.

Civil War memory is a study of its own, but I’d encourage you to ask a few questions about memory when approaching your own studies or even just casually reading. When was the book written? What were common themes in “Civil War thinking” at that time? Does the premise hold up with primary source fact? Do some searches of names or battles in 20th Century newspaper archives (Newspapers.com or Chronicling America can be fun places to start) and see how those historical figures or events were written about or remembered in the years between 1861 and 2020.

Yes, I’m frustrated that I haven’t been able to get to the really good research materials that I needed this spring, thanks to travel restrictions and closed libraries. But I’m trying to enjoy this season of seriously following the research rabbit trail. Every piece of Civil War memory has been helping to strip away myths or lend support to existing primary sources.

Just a few thoughts on a cloudy week day in Virginia after a weekend of poking through online archives… Do you have some research tips or skills that you’ve been able to practice in this unexpected spring “social distancing”?