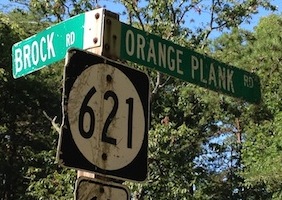 I was working at the Wilderness today, and I couldn’t think of a better place to be sitting in the wake of the Gettysburg sesquicentennial. Why? Well, while throngs of people stare at the bronze tablet by the copse of trees along Gettysburg’s Cemetery Ridge, I’m hanging out on the battlefield where the war’s most significant turning point really took place.

Zac Cowsert’s outstanding post earlier today did an excellent job of deconstructing the very notion of “a” turning point. The war had many. But here in the Wilderness, where Ulysses S. Grant chose to go to the left and the south around Robert E. Lee’s army on the evening of May 7, 1864, the very nature of the entire war changed.

I pointed out back in May, during the Chancellorsville 150th, that Lee’s victory there represented the true high water mark of the Confederacy. After Chancellorsville, Lee never again achieved a battlefield victory on the offense. John Bachelder’s shrewd choice to frame Gettysburg as the high water mark was an inspired bit of marketing genius–but it bore very little weight as truth at the time. (This idea is explored in detail in Tom Desjardin’s must-read book These Honored Dead, a book I’ll talk about in more detail next week.)

Like “high water mark,” “turning point” is another term frequently used to frame the events of Gettysburg in a convenient way. But Gettysburg can only be seen as a turning point in the context created by Grant’s decision to fight it out across the line through Virginia the following summer. “There will be no turning back,” Grant had said when he launched the campaign.

It was Grant’s determination to press the issue southward rather than retreat and resupply, refit, and reinforce, as all precious Union commanders had done after a hard knock–THAT was the game-changer. His intent was to shift the strategic objective of the war focusing on the grim arithmetic: he was going to grind down Lee’s army through attrition. 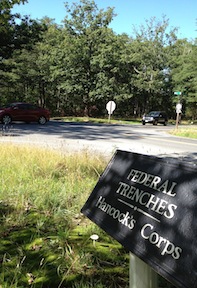 Grant certainly didn’t win in the Wilderness–but by pressing on, he certainly made sure everyone knew he didn’t consider himself the loser, either. “I propose to fight it out along this line if it takes all summer,” he famously said. Lee’s inability to stop him from doing that means Grant retained the strategic initiative all summer long–and in the context, Grant’s clearly the winner during the tactical stalemates of the Overland Campaign.

The Brock Road/Plank Road intersection, then, represents the war’s real turning point—because there was, quite literally in Grant’s view, no turning back. Instead, he turned left and south in the first of a series of left-and-south maneuvers that finally jumped the James River and settled into the siege of Petersburg.

John Bachelder worked hard to shape Gettysburg into the turning point of the war because that narrative reinforced the narrative of the war he himself had constructed through his own history. It was truly an act of genius—a “self-fulfilling prophecy,” Desjardin has called it. The Wilderness, by contrast, had no self-serving champion to push an agenda—only a dust-covered man from the West, determined to change the very nature of the war.

8 Responses to “The” Turning Point of the War: The Wilderness, not Gettysburg